Call Us for a Free Consultation

Call Us for a Free Consultation

For example, United Airlines announced to its pilots and flight attendants in May 2005 that because their plan was under-funded, they would only be receiving 25% of the retirement income they had been promised. In other words, a pilot who was counting on $4,000 a month is only receiving $1,000. That is an unexpected $3,000 per month cut in pay. Most likely, they will need to find other work in order to make ends meet in retirement.

3. Social “In-Security” – Instead of the supplement for a minority of people that it was originally designed for, today it has become the primary income source for a majority of retired Americans. Did you know that 65% fo retirees rely on Social Security for 50% or more of their income and 33% rely on it for 90% of their retirement income?

4. The Tax Axe – Many are amazed to discover that the largest single expense of the average American household is taxes. When we buy a car, fill up with gas, buy a home, flip a light switch, or even die, we most likely will end up paying a tax. Taxes are a constant.

5. The Invisible Enemy – The worst enemy we can face in battle is the one that can’t be seen. With regard to our retirement savigns, Americans in general show little concern toward the erosion of their future purchasing power caused by inflation. It is for this reason inflation is known as the “Invisible Enemy”. If we are too conservative, today’s dollars can turn into ashes tomorrow.

6. Healthcare Nightmare – One of our financial goals as Americans should be to accumulate enough assets to take care of ourselves, no matter what. On the other hand, I can’t imagine you want the government to confiscate your wealth just to pay your long term medical expenses. A properly designed Indexed Annuity (one that is actuarially sound according to the Center for Medicare and Medicaid Services) may allow you to retain your wealth and not force you to “spend-down” your assets to qualify for Medicaid.

7. Investor Blunders – Because Americans tend to “buy high and sell low,” the average Stock Market investor yielded only 3.17% from December 31, 1989 until December 31, 2009, one of the greatest “bull” markets in history. (Dalbar 2010 QAIB, Quantitative Analysis of Investor Behavior)

What if you could combine a tax deferred guaranteed savings plan with a stock market linked index that offered true upside growth potential? Wouldn’t this create an ideal evironment that would allow you to face the Seven Challenges head on?

The Indexed Annuity is just such a vehicle. It is designed with a minimum guaranteed interest return and an upside return linked to an outside index.

Indexed Annuities are one of the most innovative products to be introduced in years. Furthermore, with the combination of sotck market index-linked interest witht he combination of sotck market index-linked interest accumulation and the guarantee of your principal against market losses,Indexed Annuities, are especially well suited for your “safe money”.

Don’t let the structural complexities get you down. The annuity advisor that delivered this Special Report will simplify things and help you focus on your financial goals and objectives, assisting you in choosing the plan that best fits your needs.

Indexed Annuities are a savings program that you should seriously consider. Remember, there is NO ADDITIONAL COST FOR OUR SERVICE. The company you select pays us, so it costs you nothing to let us help you.

The Seven Retirement Challenges are real.. They are our foe in achieving financial freedom. A properly secured Indexed Annuity can help us win the battle by providing the guarantees you demand, and the potential upside return you deserve.

Does an Indexed Annuity sound right for you?

Sign up to receive timely, useful information in your inbox.

View L.D.'s Strength Program for Seniors brochure for an easy way to build muscle and strengthen bones in your own home .

Are you a Veteran? 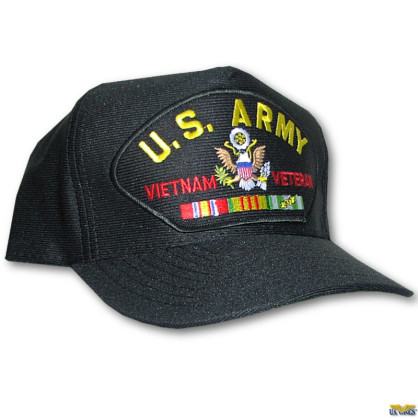 We treasure our United States Veterans!

As a token of our deep appreciation for your service, we would like to say "Thank You!" by sending you a FREE Veteran's cap whenever you arrange for a consultation with one of our specialists.

You can find out more about which cookies we are using or switch them off in settings.

This website uses cookies so that we can provide you with the best user experience possible. Cookie information is stored in your browser and performs functions such as recognising you when you return to our website and helping our team to understand which sections of the website you find most interesting and useful.

Strictly Necessary Cookie should be enabled at all times so that we can save your preferences for cookie settings.

If you disable this cookie, we will not be able to save your preferences. This means that every time you visit this website you will need to enable or disable cookies again.

This website uses Google Analytics to collect anonymous information such as the number of visitors to the site, and the most popular pages.

Please enable Strictly Necessary Cookies first so that we can save your preferences!